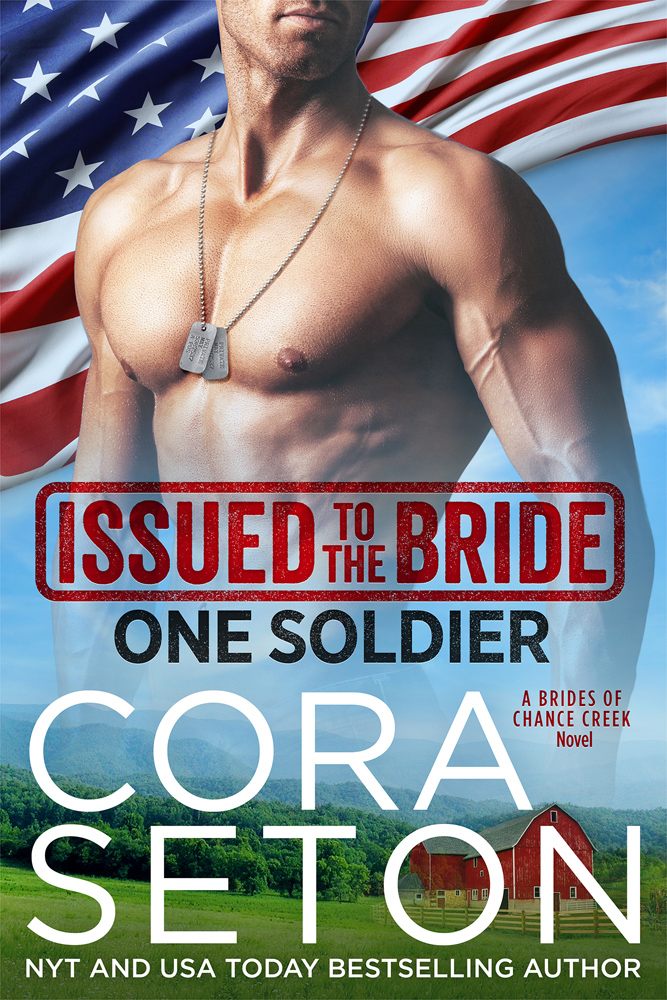 Issued to the Bride: One Soldier (Book 5)

Jack Sanders built his career as an army intelligence operative on his uncanny ability to anticipate what the enemy will do next, but he never anticipated the trouble he’s landed in. Removed from duty, his future on the line, he’ll have to accept a truly unusual mission to redeem himself. His orders are clear: head to Montana, marry General Reed’s daughter, and secure the family’s ranch once and for all from the drug cartel trying to get a toehold in Chance Creek.

Everyone knows Alice Reed gets hunches about what might happen. What they don’t know is she’s got one blind spot: her own future. But she’s watched four men arrive to marry her four sisters. It doesn’t take a psychic to predict her father plans to send a man for her, as well. But when Jack arrives, Alice knows she’s in trouble. He seems as aware of the future as she is, and he wants something from her she swore she’d never give to a man her father sent—