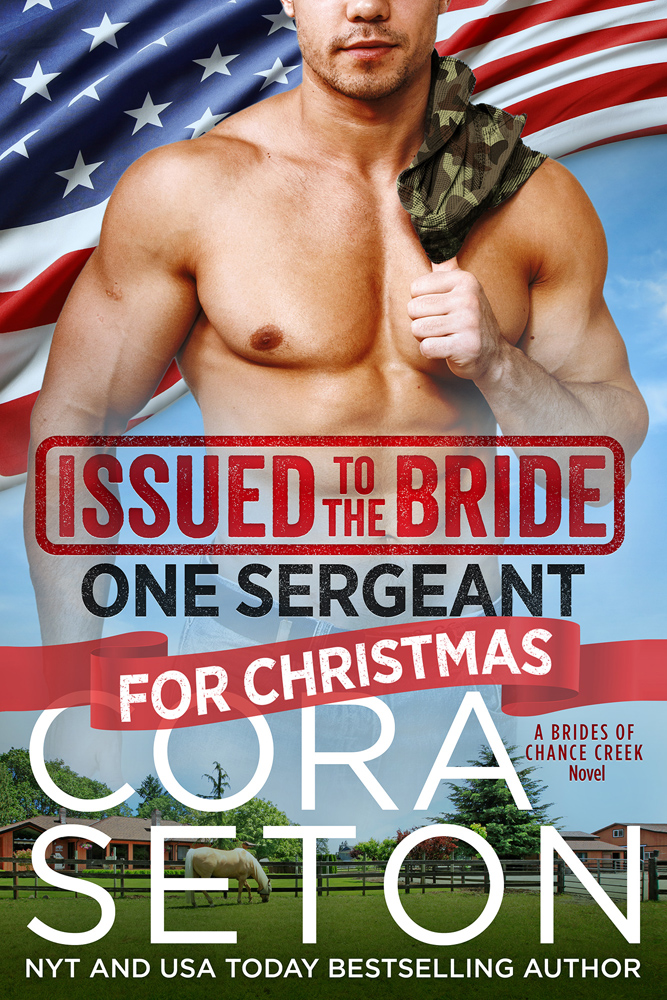 Issued to the Bride: One Sergeant for Christmas (Book 6)

Orphaned at seven, kicked out by his aunt and uncle at sixteen, Sergeant Emerson Myers gave up on family until General Augustus Reed chose him as his assistant, becoming as much a father-figure as a commanding officer. But when the General starts sending elite forces men home to marry his estranged daughters, Emerson’s torn between relief at not being given such an irrevocable mission and dismay the man never even considered him for the job.

Wyoming Smith has watched with a mixture of wonder and horror—and a little envy, if she’s honest—as her best friend, Cass, and all Cass’s sisters have married the warriors their father sent to them. Witnessing their happiness was hard enough when her life was on track, but now she’s lost her job and her apartment, and she’s accepted Cass’s invitation to live at Two Willows, which means she has a front row seat to five loving marriages—while remaining all alone.

Emerson knows marriage isn’t for him, and he’s ready to recommit to his career in the Army, but before he can, an explosion rips his life apart—and the General’s.

Wyoming knows everything will change now that the General is coming home to Two Willows. Will she have to leave?

Or has the General had a bigger plan all along?