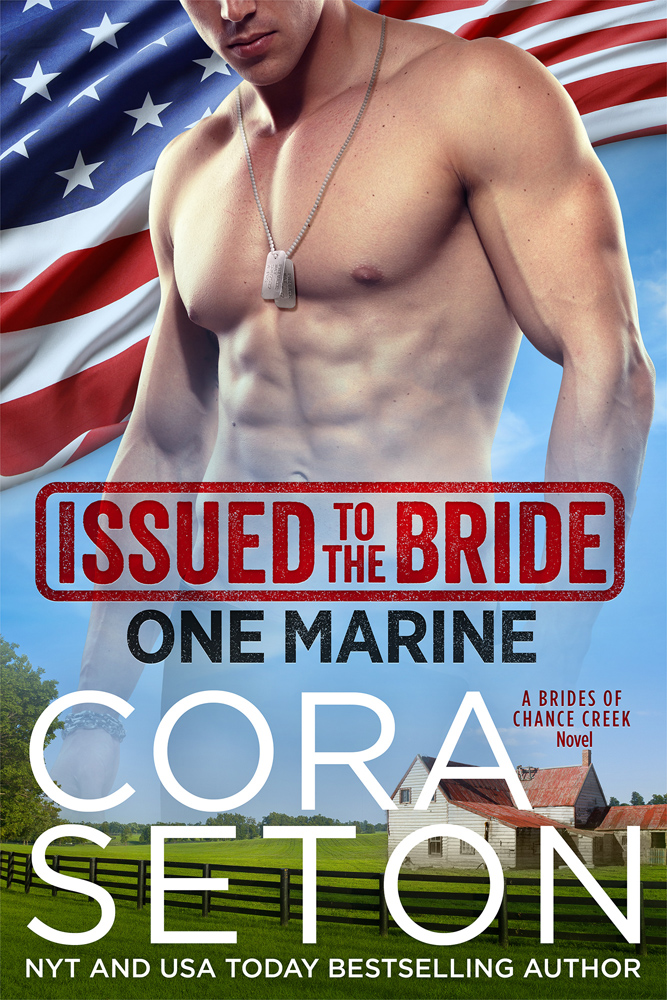 Issued to the Bride: One Marine (Book 4)

Lena Reed doesn’t find it funny at all that three times her father has sent a man to help with her ranch, and three times one of her sisters has married him. She’s not falling for that trick. She was born to run the cattle operation at Two Willows, and no man is going to take that away from her. So when Logan arrives, she’ll do whatever she can to keep him at arm’s length. Only problem is the marine refuses to stay there. Bit by bit, he’s wearing down her resistance to him. But will giving into her feelings mean giving up her dreams?