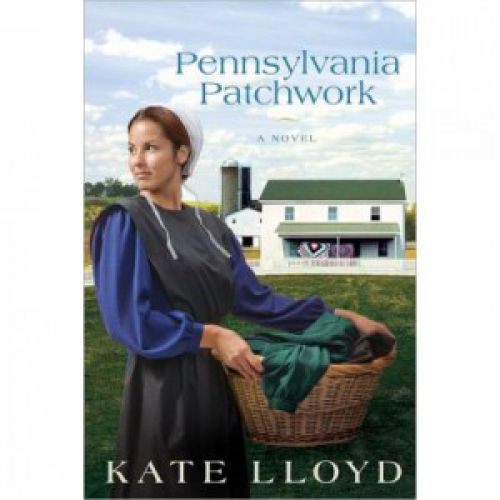 Kate Lloyd’s Pennsylvania Patchwork is the second in a series about three generations of women in a traditionally Amish family. Anna Gingerich has always lived in Lancaster County as a member of the Amish church, but her daughter, Esther, left the fold as a young woman, and her granddaughter, Holly, never even knew about her Amish roots until just recently. Pennsylvania Patchwork picks up where Leaving Lancaster, the first in the Legacy of Lancaster series, leaves off, with Esther being courted by Nathaniel Fleming, and Holly still in love with her Mennonite fiancé, Zachary Fleming.

When the past begins to catch up with several characters, however, both couples’ futures are sure to be affected. Nathaniel’s wife – long presumed dead – is spotted in Ohio and the Lancaster Bishop sends Nathaniel to learn the truth. Meanwhile, a soldier friend of Esther’s husband (who was MIA in Vietnam and also presumed dead) delivers a strange package from him that has Esther and Holly in an uproar. Finally, Holly’s old friend, Larry, shows up when he decides that he wants more than friendship from Holly. Throw in Nathaniel’s younger brother, Armin, who takes a shine to Holly, and you’ve got a tangled web for our heroines to unwind.

What I liked: Amish romances are one of my favorite genres because of the comfortable pacing that echoes the slower pace of the Amish lifestyle. I enjoyed how Lloyd let the thread of her story unwind and gave us ample opportunities to get to know her characters. I was definitely kept guessing who Holly would end up with until the very end of the book, because two out of her three suitors were highly eligible.

I also liked the interplay between the three generations of women, and all the mysteries Lloyd threw into the story.

What I wanted more of: I wish Lloyd trusted her readers more when it came to throwing in Pennsylvania Dutch phrases. She often has characters translate what they’re saying – a very awkward way to make sure readers get it. I would prefer for her to assume we’ll figure it out either by the context of the situation or by the other characters’ reactions to it.

I also wanted to see more of Amish life and of Esther and Holly’s struggles to fit into it. I especially wished Holly would have made more of an effort to become Amish. Perhaps we’ll see more of that in book three of the series.

An enjoyable Amish romance for those that love the genre!