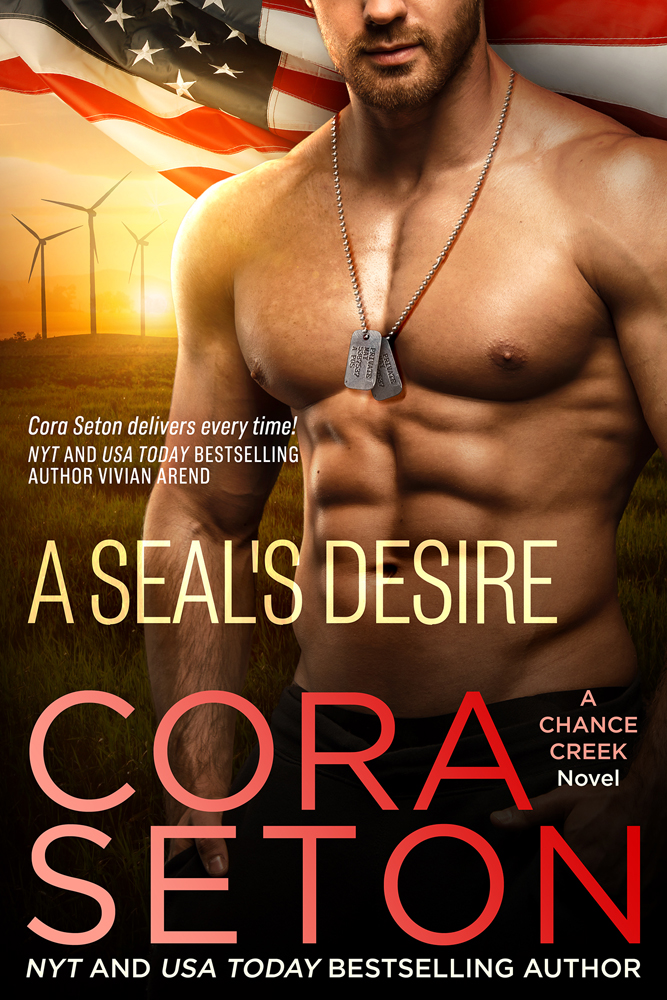 Ten years ago, in the middle of a natural disaster, Navy SEAL Greg Devon lost his heart to a young documentary film director, and when he found out she’d been put in charge of Base Camp, a reality television show, he jumped at the chance to participate. Now he’s in big trouble. If he doesn’t marry in forty days, the sustainable community he’s helping to build will be bulldozed. And Renata Ludlow still barely knows he exists.

Renata was fresh out of film school, directing her first film in the Andes, when a mudslide destroyed her subjects’ village, and she took on financial responsibility for a school full of girls. When billionaire Martin Fulsom made her an offer, she took it and exchanged her dream career for a steady paycheck. With two years to go before the last of her girls graduates, she’s got no choice but to keep Fulsom happy—even if it means joining the cast of Base Camp for forty days. She can’t marry Greg until she’s fulfilled her promise, though. Even if she’s beginning to realize he’s the man she’s always wanted.

With his deadline looming, Greg keeps gambling he can convince Renata to be his bride—and Renata keeps gambling on everything in sight, determined to pay what she owes.

Can Greg convince Renata to take a chance on him? Or will she push her luck too far and lose everything?

Note: The SEALs of Chance Creek series is available exclusively on Amazon and Kindle Unlimited for October–December 2019. All 8 books in the series will once again be available at Kobo, Apple Books, Barnes & Noble, and Google Play in time for the release of book 9, A SEAL’s Struggle, in January 2020.

Sign up here to receive an email when this book is back in wide release.