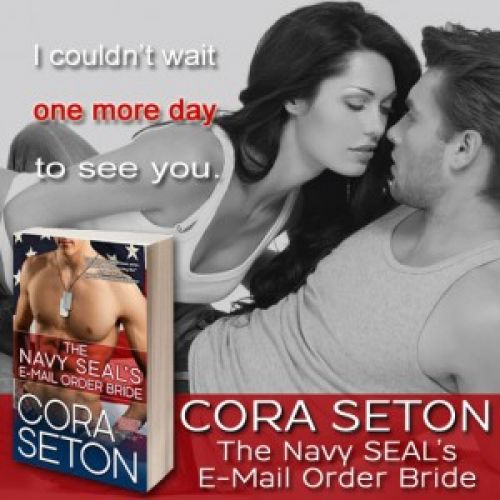 Do you love the Heroes of Chance Creek? For a limited time, get The Navy SEAL’s E-Mail Order Bride for free at all major vendors. Excerpt:

She was greedy for his attention, though. She wanted to chat with him about their plans and life and…everything. She wanted to hear about his time in the military, but when she brought it up, he shrugged it off, except to tell her the vaguest platitudes about the camaraderie he’d felt with his team and how honored he’d felt to serve his country. She knew those platitudes were true, but she also knew there had to be more. You didn’t rise as far in the ranks of an elite military group like the SEALs without finding yourself in some tough places. She recognized that he wanted to shield her from all that—and that he might not want to probe too deeply into his years of service with someone who hadn’t walked a similar path. Still, she wasn’t some wilting daisy. She wanted to be Mason’s partner. She hoped he knew he could depend on her when times got tough.

Get it today at these vendors: Amazon, Barnes & Noble, iBooks, Kobo, and Google Play.