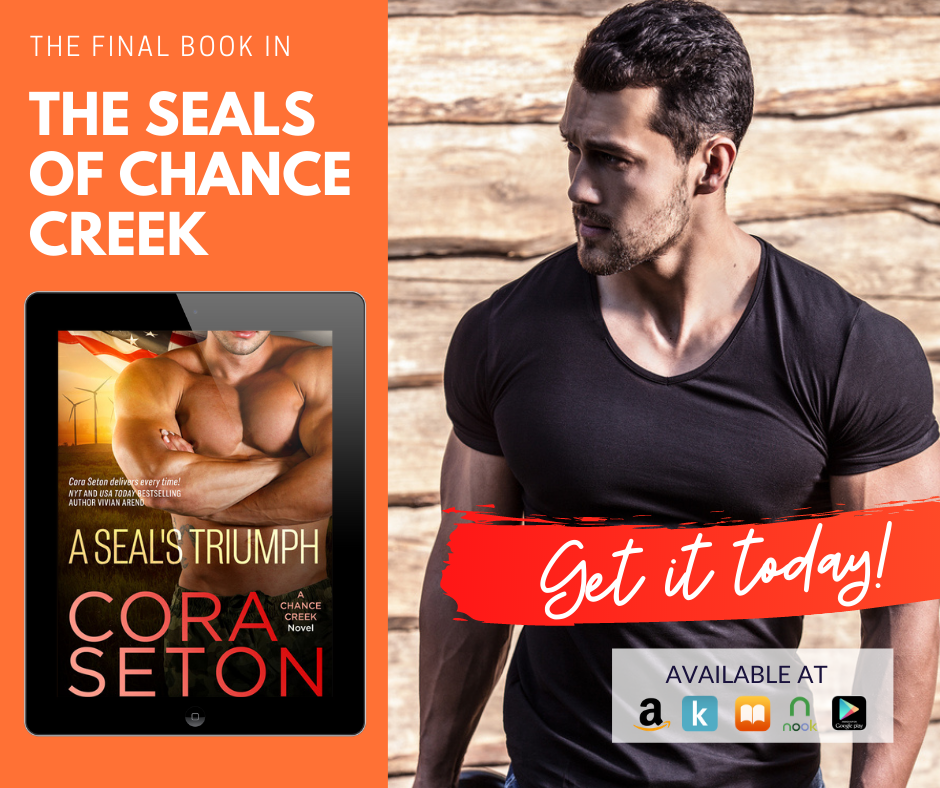 Get A SEAL’s Triumph today

A SEAL’s Triumph, the tenth and final book in my SEALs of Chance Creek series, is out now! Don’t miss Walker and Avery’s story in this exciting conclusion to one of my bestselling series.

He’s bound to the past. She believes in the future.

Lieutenant Walker Norton might be cynical, but he isn’t a broken man—yet. Raised to understand the looming catastrophe of climate change, promised to a woman he doesn’t love, he long ago decided to live a life of service to his country, family and friends. It’s enough—until he meets Avery Lightfoot and realizes he wants so much more.

Love means everything to Avery. Witness to her parents’ wonderful marriage, she’s long waited to meet her soulmate, act in romantic movies and start a family. Now it’s all in reach. But Walker can’t marry her until he’s released from his vow, and when Elizabeth Blaine arrives at Base Camp, it’s clear she’s ready to claim Walker for herself.

Elizabeth doesn’t love him and doesn’t want him, so why is she determined to ruin his life? Walker has forty days to find an answer before he’ll have to choose between honoring the past or seizing the future he craves.