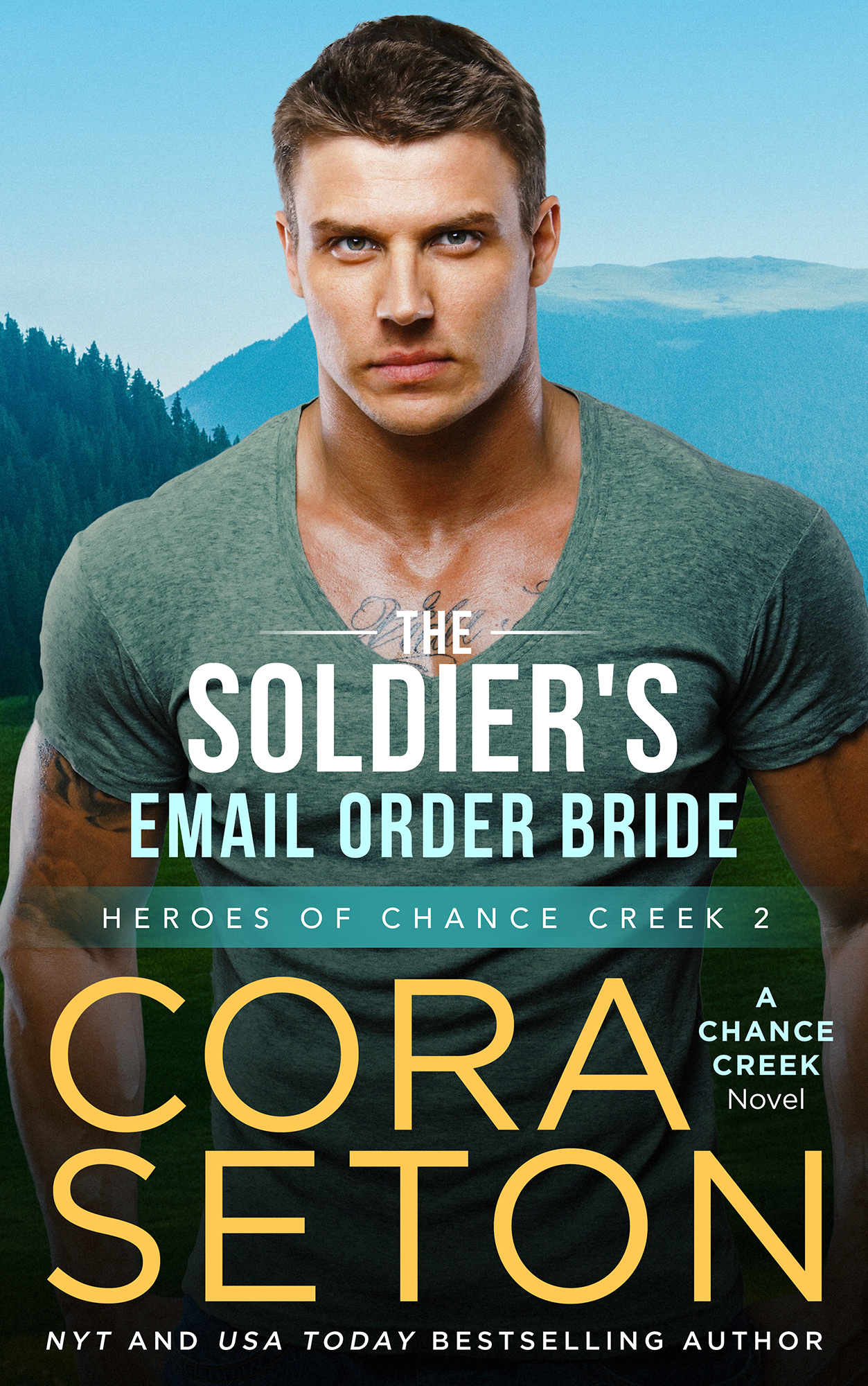 Staff Sergeant Austin Hall has a brilliant record in the Special Forces—except for one disastrous decision that cost his best friend’s life. Now he’s heading home to Chance Creek, Montana, where he’d like to spend the rest of his days in the obscurity of his family’s ranch. Too bad Great Aunt Heloise won’t hand the ranch over unless all four of the Hall brothers marry and one of them produces an heir within the year. Austin is too broken to marry for love, so he places an online ad for a fake wife. What could possibly go wrong?

Ella needs to leave Hollywood—fast. It’s bad enough another actress stole her fiancé—on national television. Now she’s ruined her comeback by decking her ex on a morning talk show. Pursued by paparazzi, Ella needs a new life, a new name and someplace to hide. When she reads Austin’s ad for a stand-in wife, she knows she can act this part perfectly. To the rest of the residents of Chance Creek, they’ll be a happily married couple. In private, they’ll just be roommates. In a year when she’d old news and the Hall brothers secure the ranch, she and Austin will quietly divorce and she’ll go on her way.

Austin’s already finding it hard to remember his promise never to love again. Ella’s finding it hard to keep her hands to herself. But when they’re asked make a back-up baby, Ella realizes she may have stepped into a lifetime role.

Can this pretend marriage go the distance?