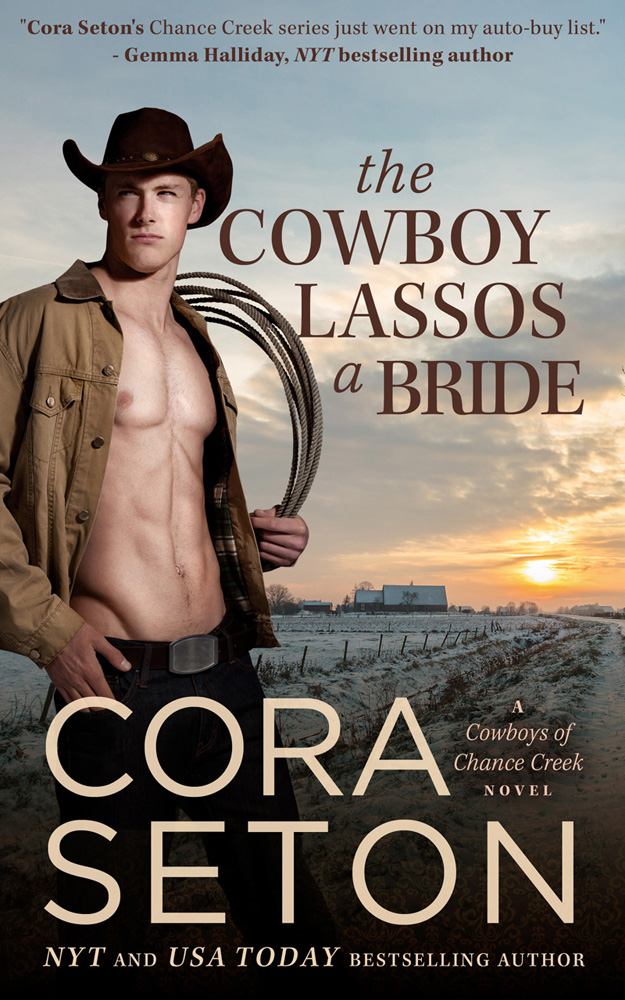 The Cowboy Lassos a Bride (Book 6)

Jake Matheson loves everything about ranching the Double-Bar-K, except for his father’s controlling nature. It’s bad enough the old man won’t step down and let him run things his own way. Now Holt has demanded that Jake find a wife—in the next thirty days. Jake knows just the woman he wants–Hannah Ashton–but they haven’t even gone on a date, let alone been together long enough for him to propose. He’ll have to work fast to secure her hand in marriage before his time is up.

Hannah Ashton loves the fifteen hundred pound bison she rescued from being the object of a trophy hunt. She’s grateful for Gladys’s temporary home on the Double Bar K—and for the chance it gives her to see Jake on a daily basis. But now Holt Matheson is threatening to kick Gladys off the ranch—or eat her!—unless Hannah spends fourteen consecutive nights with Jake. What they get up to together is their business, but if Hannah misses a night, it’s bye-bye bison.

Jake can’t believe Hannah has agreed to move into his cabin, but now his brother Ned is stirring up trouble, trying to break them up before he can propose. Hannah’s beginning to think it’ll be hard to leave the ranch when her fourteen nights are over—even if she’s heading to veterinary school. She’s falling for Jake–hard–but Jake wants a traditional wife, not a career woman.

Will a pregnancy scare unite Jake and Hannah in a common goal? Or will it drive them apart for good?