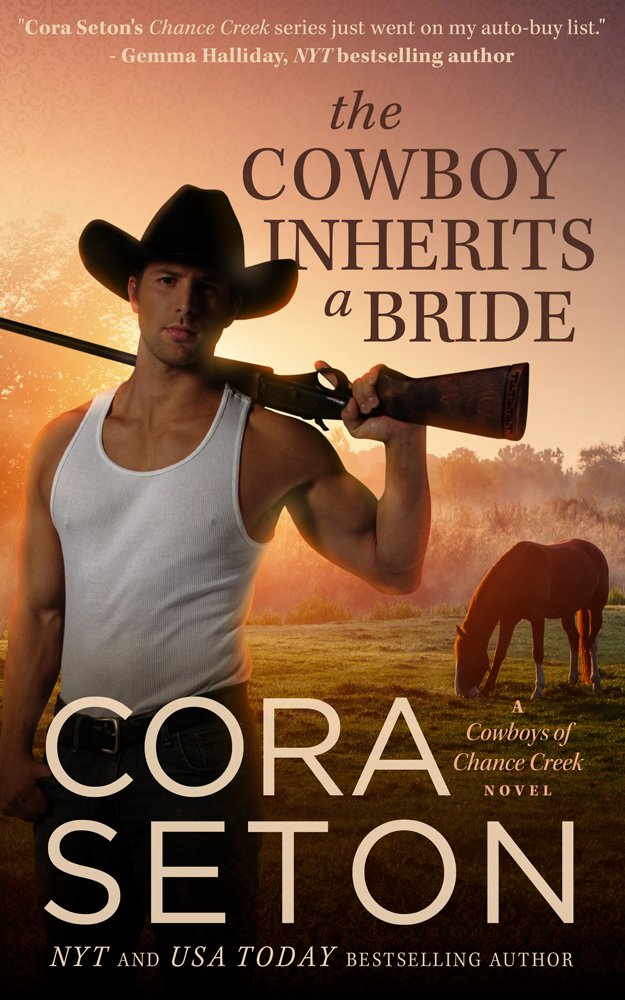 The Cowboy Inherits a Bride

When Sunshine Patterson loses her Chicago home, job and boyfriend in one day, she needs a backup plan, fast. Luckily her Aunt Cecily has provided her with the perfect combination living and restaurant space to start over. Even though the building is located in small town Chance Creek, Montana, Sunshine is certain it’s only a matter of time before she’s back to take the big city by storm. When she arrives in Chance Creek, however, she gets a surprise. Her restaurant space—and apartment—are occupied by a rival to her inheritance: the incredibly sexy, incredibly wrong for her, Cole Linden.

Cole’s been struggling to save his family’s holdings for far too long. The indoor rifle range he inherited from his father barely pays its rent, but it’s all that’s keeping his other concerns—two apartment houses—afloat. If he was smart, he’d walk away from all of it and start over, but if he does, several dozen of Chance Creek’s inhabitants will find themselves without a home. He thought Cecily meant to leave him the range building in her will. Instead she’s set him up in a four-month-long competition with her big-city niece to see who will win the place. A niece whose knockout looks are making it damn hard for him to concentrate on the job at hand.

Now the competition is getting hot, but the sparks flying between them are even hotter. Can Cole and Sunshine find a way they both can win?