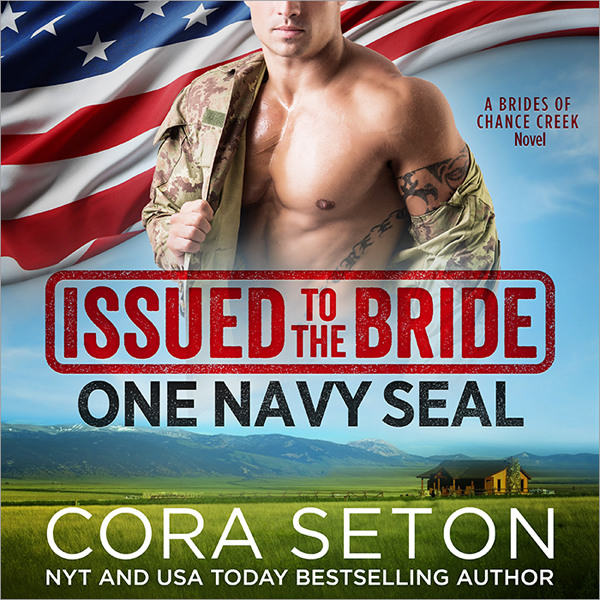 Issued to the Bride One Navy SEAL Audiobook

Navy SEAL Brian Lake is out of luck. Going rogue on his last mission landed him on a fast track out of the Navy—years too soon to have saved up enough money to buy the ranch he’s always wanted. Without a career—or the cash to start over—Brian’s options are few, until Army general Augustus Reed steps in with an intriguing new mission—a permanent one.

Ignored by her absentee father, duped by the thief he appointed to oversee her family’s ranch, Cass Reed is done with men for good. From now on she’s determined to run Two Willows herself, so when her father sends a Navy SEAL to fix up her house, she vows to run him off her land as soon as possible. But Brian’s just as determined to stay, and he’s in a far different league than the men she’s met before.

Brian’s ready to do anything that will earn him a share of a prosperous ranch—even take a chance on marrying the General’s daughter. And he soon realizes it won’t be a hardship to marry Cass. She’s everything he’s ever dreamed of in a woman—and Two Willows is everything he wanted in a ranch.

But he’s not the only one who wants Two Willows—and Cass.

Will falling in love be the most dangerous mission of all?