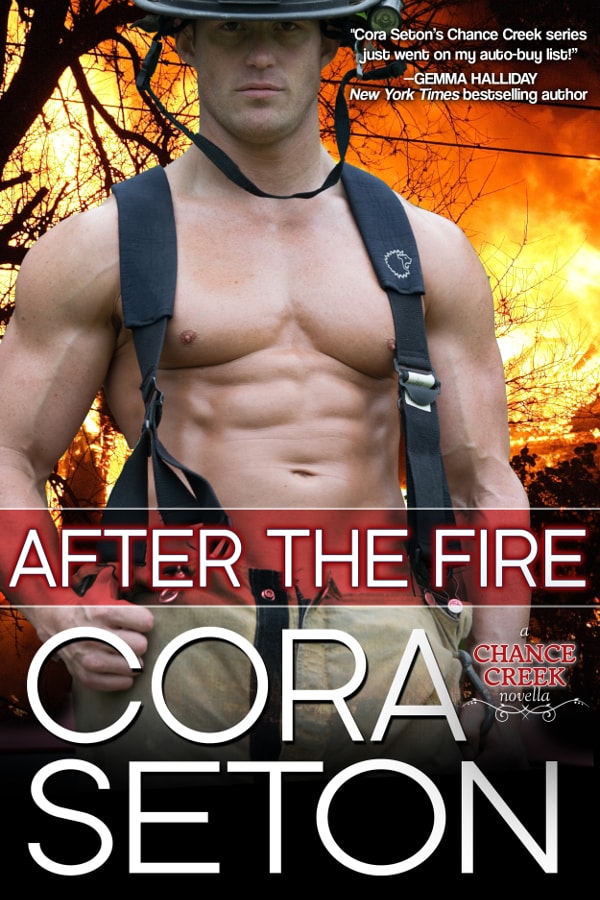 After five long years, cowboy and firefighter Adam Carter still can’t figure out how he lost smart, sexy Brynn Price to the laziest, orneriest cheat in town. He knows he shouldn’t love a married woman, but he can’t stop thinking she should be with him.

Five years ago when her sister set a fire, Brynn put Netta on a bus to California, hoping she’d escape the consequences. Brynn didn’t count on a witness to step forward and demand she marry him in exchange for his silence. Now there’s seven days left until the statute of limitations runs out on Netta’s crime. Seven more days until Brynn can leave Chris forever.

When Chris steps up his attempts to control her, Brynn has no choice but to start setting some fires of her own. Adam knows something’s very wrong at the Price household, but no one’s talking and he’s starting to think one day he’ll arrive too late to save the woman he loves.

Will any of them survive long enough to pick up the pieces after the fire?